Rumbling Clouds of War Hover over Us

by The Doomed Bird of Providence 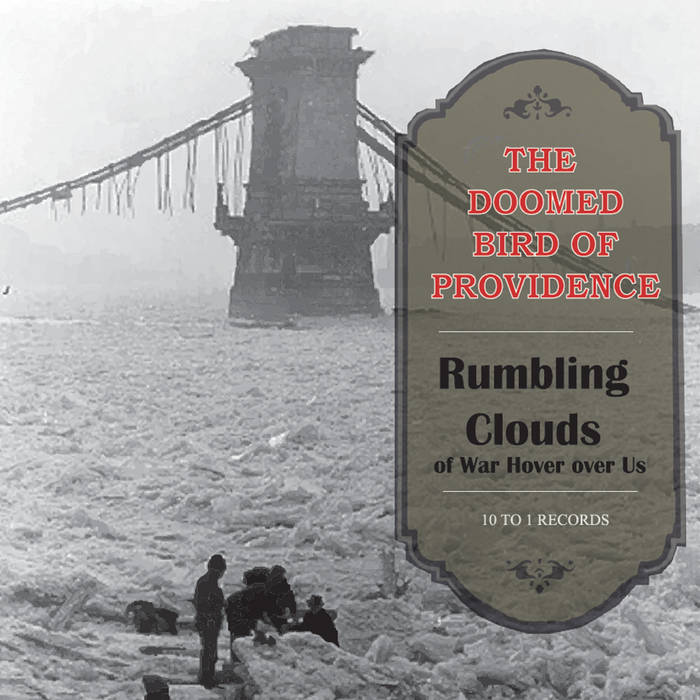 Mr B From Rennes

Rumbling Clouds of War Hover over Us is the new EP release by The Doomed Bird of Providence. The UK-based band are led by Australian Mark Kluzek who, over ten years, has explored the darker and more obscure aspects of Australian colonial history. The new EP follows on from the band’s third album Burrowed Into the Soft Sky (Front & Follow, 2017).

The four pieces are a significant departure from the previous release which was two twenty minute compositions. The pieces on the new EP are typically dense and concise. Nonetheless, in much the same way that Burrowed Into the Soft Sky followed a specific narrative, so too does the new EP. The story however is not related to Australian colonial times as much of the band’s previous work has been. Instead Kluzek has chosen to explore the escape of his grandfather Władysław Kluzek from Poland after the German invasion in WWII. A dangerous, sometimes horrific journey that took Władysław across Europe. It is a journey that eventually brought him to Scotland then on to Australia. And so, even though the work doesn’t explicitly explore Australian colonial identity, it does in some way explore how unique life stories of the 20th century find themselves embedded in the fabric of Australian cultural identity.

All proceeds to go to MÉDECINS SANS FRONTIÈRES www.msf.org.uk .

Bandcamp Daily  your guide to the world of Bandcamp